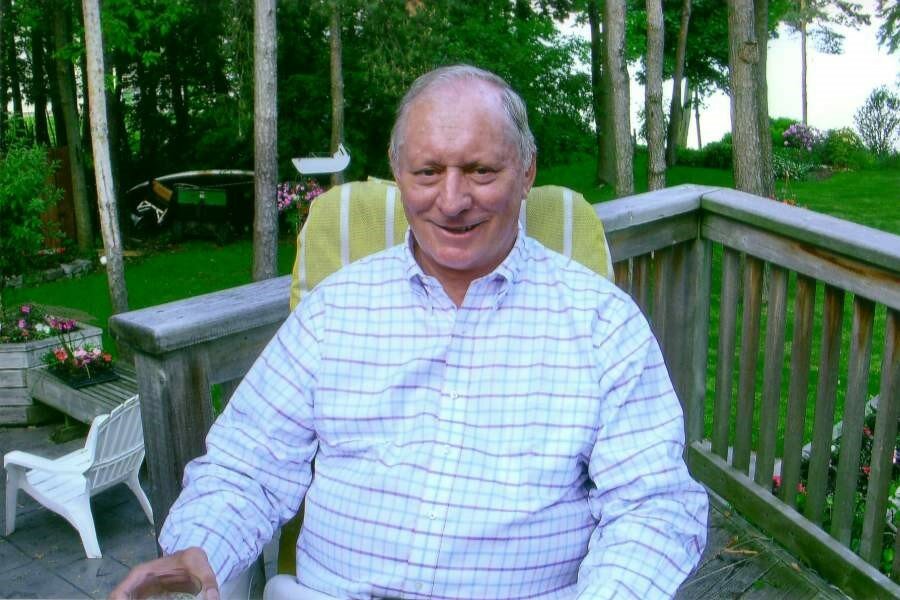 Burnham, Dick  born June 11,1938 passed away peacefully at Greater Niagara General Hospital on January 6, in his 84th year, after a brief bout of RSV.

Dick graduated in Civil Engineering from the University of New Brunswick and in the course of his career he worked for several different companies..  He liked to brag that he worked on projects in every province of Canada and at the same time he would declare proudly that he was just a farm boy from New Brunswick!

In 2002 Dick retired as CEO of Jervis B Webb of Canada and assumed the favorite and most rewarding role of his life….being a doting  grandfather to his three granddaughters…Cassandra Jenis, Charlotte and Amy Cook.

Dick is survived by his wife of 57 years, Charlotte (Coleman), his two loving daughters Victoria (Andrew) Jenis and Chris Cook; brothers Raymond and Jack, sister Carolyn Demmings and their spouses, and many nieces and nephews.

Dick was a long standing active member of the Buffalo Canoe Club and the Ellicottville Ski Club.  He took great pleasure in being the first on the ski hill on a frosty winter morning!..

Williams Funeral Services of Ridgeway have been  entrusted with private arrangements. A celebration of Dick’s life will be announced in the spring.

Donations to the Salvation Army would be welcomed by the family if so desired.

Share Your Memory of
Richard
Upload Your Memory View All Memories
Be the first to upload a memory!
Share A Memory