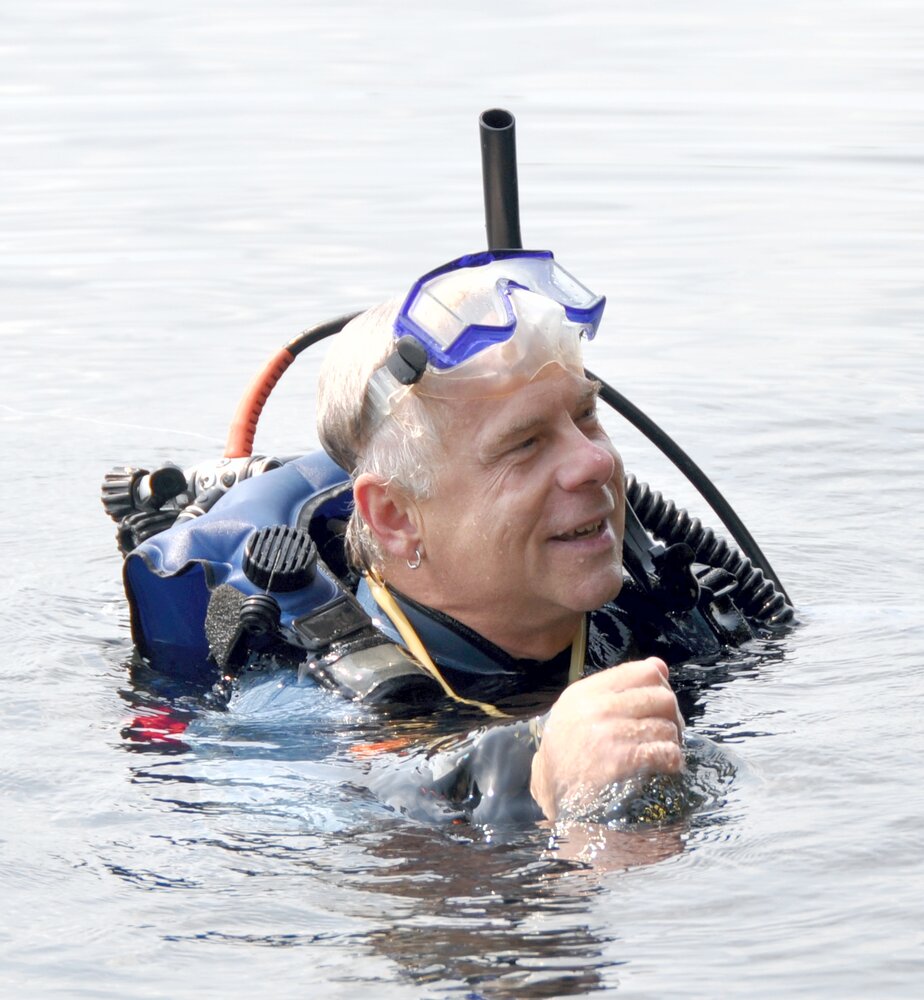 John died on December 26, 2021 as a result of a glioblastoma brain cancer.  He was the son of Hugh James (Red) Gilmour and Marjorie (Murgatroyd) Gilmour, and spent his life in Fort Erie.

John was predeceased by his sister Anne Hamer, and is survived by his brother James (Jim) of Lanark, Ontario, five nieces and other relatives, many in the Fort Erie area.

He was a well known SCUBA diver, an accomplished computer/networking consultant, a HAM (VE3NKH) radio operator, a pilot, a motorcyclist, an auto mechanic, and a caregiver and helper to many.

John was a life-long student and keen observer of people and events.  Whether travelling across North America on a motorcycle, assessing new cars, or criticizing Fort Erie’s Town Council, John did everything to the full, and with joy and passion.

He will be missed by his close friends, including his former best friend Sue Marley.

The family would like to thank his closest friend, Donna Wood, who looked after his health during his illness, and provided continuous care for his final days.

John has been cremated through Williams Funeral Services Ridgeway, and his ashes will be spread in the Niagara River, where he spent many happy hours diving.

Share Your Memory of
John
Upload Your Memory View All Memories
Be the first to upload a memory!
Share A Memory