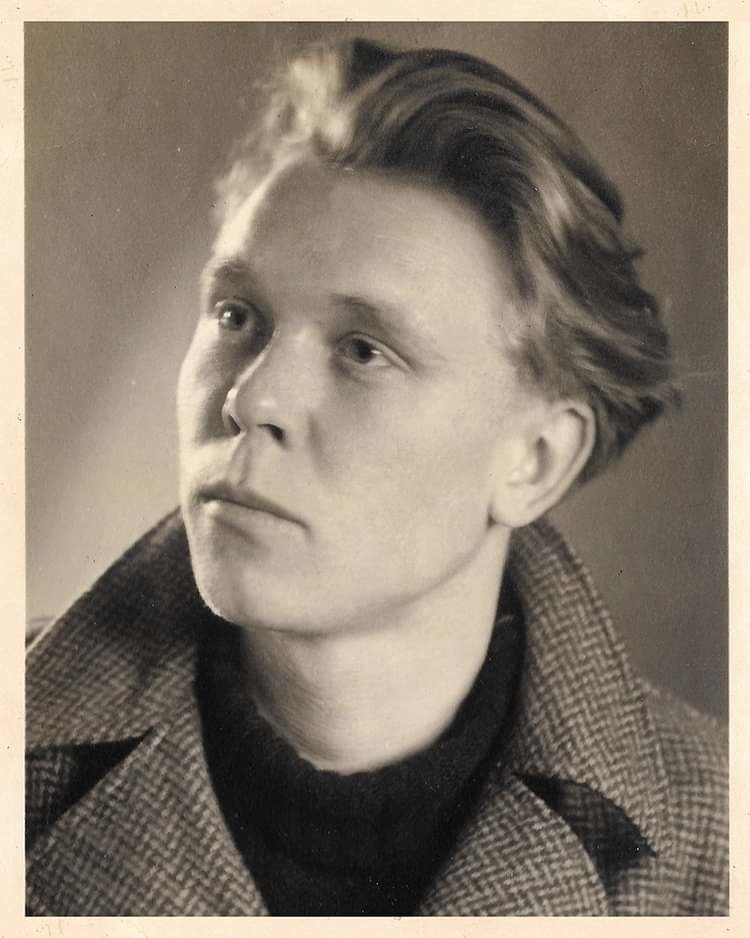 Friedrich, Stephen Siegfried - It is with deep sadness that our family announces the passing of Stephen Friedrich on March 8, 2021, in his 92nd year.

Stephen was born on March 28,1929, in Kosice, Czechoslovakia, son of Kathrina (Meyer) Friedrich and Rev. Joseph Friedrich. During the troubled times in Europe, Stephen stayed for a time with his uncle Stephan Ploszkunak whom he loved dearly and who was very much a second father to him. Stephen was the beloved husband of the late Donna (Saylor) Friedrich and their 61-year marriage was a true love story. Cherished father of Susan (Michael) Therrien and Michael (Rosalia) Friedrich. Loving grandfather of Matthew (Lo Brown) Therrien, Christopher (Kristen Rockey) Friedrich, and Nicole (Frank Guido) Friedrich. Dear brother-in-law of the late Edward (Helen) Saylor, the late Betty (Arnold) Marr, the late Norman Saylor and Kathleen (Richard) King. Lovingly remembered by many nieces and nephews.

Stephen lived in Czechoslovakia, Hungary, and Germany before immigrating to Canada. He loved the mountains, the forests and the splendour of the countryside but was equally at home in the cosmopolitan cities where his family lived. He was, by nature, an explorer and found wonder and joy in the world that surrounded him, be it natural or the people who were blessed to know him. He mastered four languages and devoured literature from each. He read from the great philosophers, studied mathematics and the sciences, and scripture. Stephen was also an extraordinarily gifted artist. His works include a mural commissioned at General Motors. He was also a gifted photographer and cartoonist whose clever wit and artistry delighted readers. Stephen built a glider and after retiring, accomplished a lifelong dream when he completed ground school and made his solo flight as a pilot. His love of nature brought him to the game of golf where he could challenge himself and enjoy the game with friends. It was, however, with Donna and his children that he found his greatest joy in being a husband, father, and grandfather. For Stephen, faith, love and family were all that mattered.

Special gratitude to the good friends he made while working at General Motors. When he could no longer walk the links, he missed not only the game but their good company. The family would like to thank Dr. Alan Daniel and nurse Lynn, and the staff at the Welland nursing clinic for the excellent care they gave Stephen during the final years of his life.

Williams Funeral Services entrusted with arrangements. A Funeral Mass will be celebrated at St. George Roman Catholic Church, 56 Ridgeway Road, Crystal Beach at 11:00 a.m. on Saturday, March 13, 2021. Due to Covid restrictions space is limited to 50 people. Those wishing to attend must send their request to susan.i.therrien@gmail.com prior to attending the service. Cremation has taken place. Private interment with immediate family will take place at a later time. In lieu of flowers, donations may be made to Covenant House Toronto. https://www.covenanthousetoronto.ca/homeless-youth/Single-Gift

Online condolences and memories may be shared at www.williamsfuneralservices.ca

Share Your Memory of
Stephen
Upload Your Memory View All Memories
Be the first to upload a memory!
Share A Memory