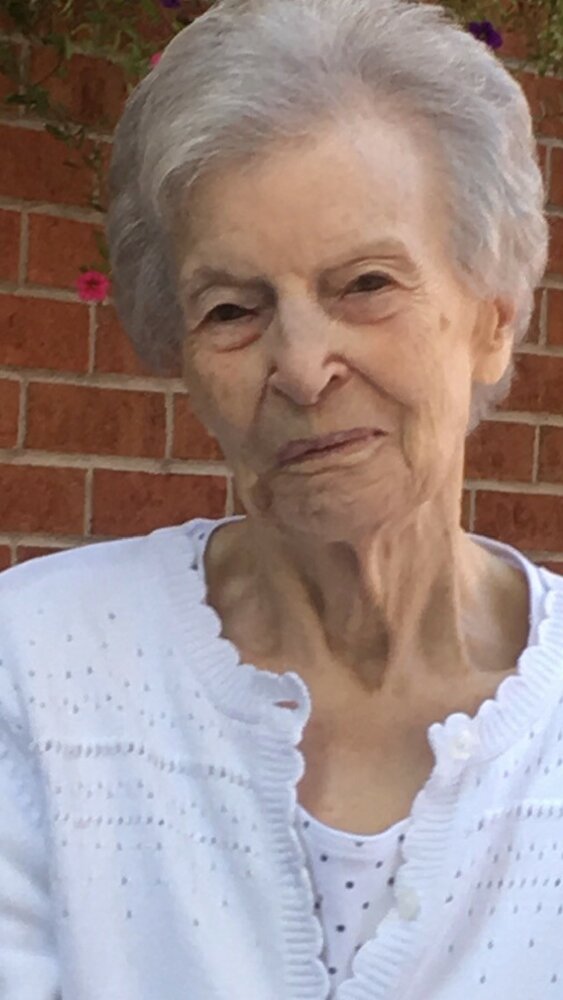 It is with deep sadness that we announce the passing of our Mother, Mavis Climenhage on Friday January 6, 2023 in her 94th year.  Mavis was predeceased by her husband Ray on July 11, 2011 and by her siblings Albert (Wanda) McCalmon, Hugh (Edith) McCalmon, Ronald McCalmon, Tress (Watson) Jones, Jerry McCalmon, Wilma (John) Hoover and Glen McCalmon.  Survived by sister Jane (Bill) Kalyns and sister-in-law Marilyn McCalmon.

Mavis was born in Paddockwood, Saskatchewan on Feb. 2, 1929, the 5th of 9 children to Earl and Norma (nee West) McCalmon, and she moved to Fort Erie ON as a young woman to attend Ontario Bible School (Niagara Christian Collegiate).  Before marrying Ray in 1955, she completed a seamstress course from which she was able to make her own wedding gown, and eventually many clothes and costumes for her children and grandchildren.  In addition to raising her own family, Mavis provided daycare for numerous other children over the years.

Mavis and Ray were longtime members of the Sherkston BIC Church (Trinitylife Church).  In retirement they volunteered many hours at the Port Thrift Shop and delivered Church Service tapes to Shut-ins.

The family extends special thanks to Dr. Che,, Dr. Wilson, Dr. Scher the staff at Portal Village, Port Colborne and the staff at Maple Park Lodge, Fort Erie for all the loving care that Mavis received.

Williams Funeral Services 722 Ridge Rd. N. Ridgeway entrusted with arrangements where the family will receive friends on Tuesday January 10th from 5-7 pm.  Funeral Services will be held at Trinitylife Church 5348 Sherkston Rd. Sherkston on Wednesday January 11 at 2 pm with visitation beginning at 1 o’clock. In lieu of flowers, memorial donations to BIC Global or the Heart and Stroke Foundation would be appreciated by the family.

Share Your Memory of
Mavis
Upload Your Memory View All Memories
Be the first to upload a memory!
Share A Memory