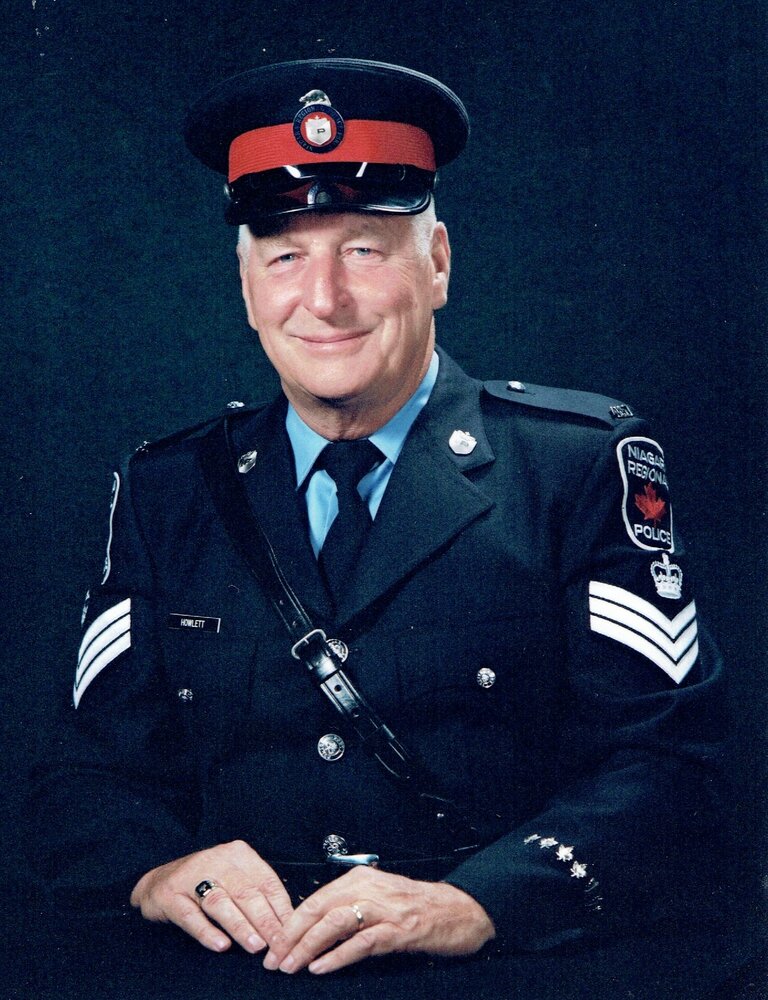 Eric Howlett, longest living member of the Howlett family, passed away at the age of 96, on

Eric was born in Mexborough, England on December, 17, 1925 and came to Niagara Falls in

1927 with his parents and his older brothers, Ralph and Harold. As a young man he served in wartime with Canada's Merchant Marine. He joined the City of Niagara Falls Police Department in 1947, beginning a career in law enforcement that lasted 38 years.

Eric was graced with a warm, outgoing personality and a rich capacity to see the humour in the

situations around him. He was loved and respected by family, friends, neighbours and colleagues. His legacy leaves all of us with a profound appreciation of his nature, character and the times we have been so richly blessed to spend with him.

Erie Hospitals for their care and support and special thanks to Katie in Fort Erie for her thoughtfulness.

Share Your Memory of
Eric
Upload Your Memory View All Memories
Be the first to upload a memory!
Share A Memory