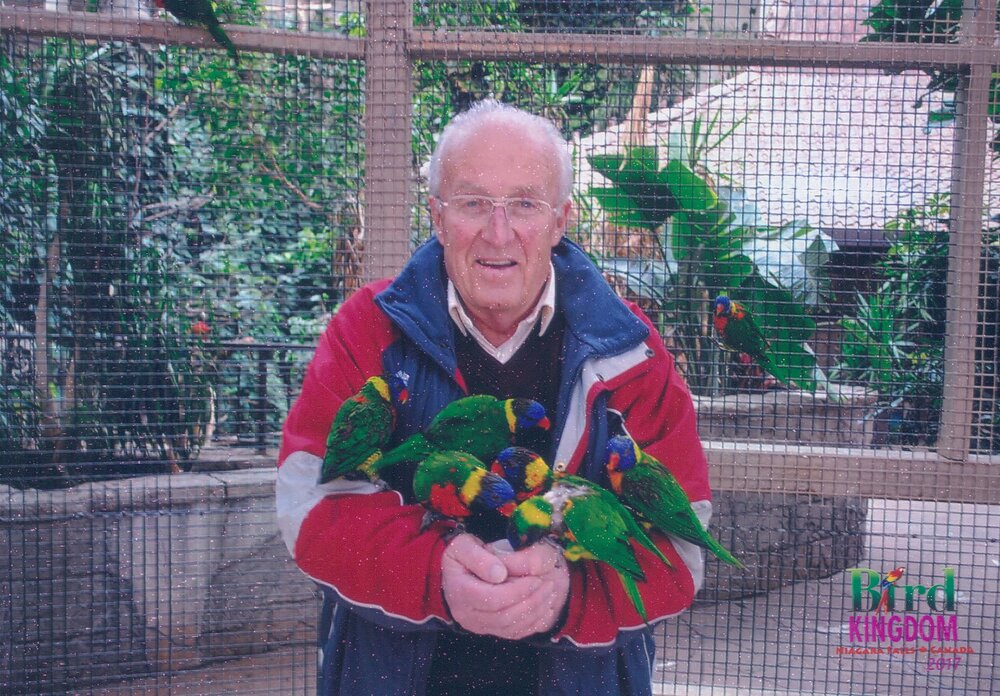 Richard Tullio Zanchin, in his 80th year passed peacefully November 23, 2021 at Douglas Memorial Hospital.  He fought his health battles with grace and sometimes stubbornness.  Unfortunately, he succumbed to his long fight with Lewy Body Dementia.

Born in 1941 in South Porcupine (Schumacher), he started working in his father’s grocery store at a young age.  He left northern Ontario to attend Western University, which led to his first teaching position at Ridgeway Crystal Beach High School in 1962.  In 1965, he left teaching to take a position in a multi-national company, Proctor and Gamble.  However after two years returned to Ridgeway, as this was his true vocation.  Richard continued to work as a guidance counsellor and teacher for over 34 years, finishing his last ten years of teaching at FESS.  He volunteered for endless extracurricular activities throughout his teaching career at RCBHS and FESS, retiring in 1996.  He is still fondly remembered by many students leaving behind a legacy that supported several in finding their paths in life.  Rich wanted us to thank the numerous students who made his work so enjoyable and worthwhile.

Rich continued to be an avid reader, he was a great listener, had a great sense of humour, was an amazing cook, and had a thirst for knowledge.  He loved all animals and in later years volunteered at the SPCA.  Within the last years, Rich found the love of painting, especially birdhouses, which he shared with his family and friends.  He always saw the best in everyone and encouraged them to reach their full potential.  He selflessly gave back to the community, countlessly volunteering to improve or initiate new programs, such as:

Raising funds for a drop in Centre in Crystal Beach (1970s)

Campaign for Girve Fretz for Mayor

He will be sadly missed by all.  In lieu of flowers, Rich had requested donations to be made to The Alzheimer Society and the Fort Erie SPCA.  Cremation has taken place, followed by a private family gathering.  Rich wanted a party to celebrate his years, with a Celebration of Life, which will take place in May of 2022.

Please join the family of the late Richard Zanchin for a celebration of life on Sunday, May 29th, 2022 at the Stevensville Conservation Club. Open house from 1:00pm - 4:00pm. Light refreshments will be served