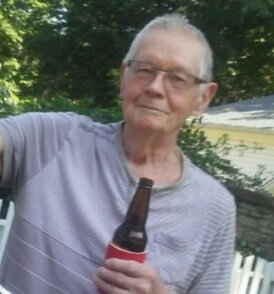 Sadly,  the family wishes to announce the passing of Robert Charles Lidbetter, in his 88th year, on September 29, 2021, at Simcoe, Ontario.  Son of the late Francis Charles Lidbetter and Minnie Belle Curley.

He will be missed by brother, Donald and sister-in-law, Carol Lidbetter.

Thanks to Bobby & Lynn H. and Willy & Diane A. for being such good neighbours to Mom and Dad for many years.  A special note of appreciation to all the doctors and staff at Norfolk General Hospital, in Simcoe, Ontario.

If anyone wishes, donations in memory of Bob, to The Juravinski Cancer Centre or the charity of one's choice would be appreciated by the family.

Share Your Memory of
Robert
Upload Your Memory View All Memories
Be the first to upload a memory!
Share A Memory